An outlook on the Indian fibre channel requirements

Fibre Channel remains a key component of cutting edge data centers and will continue to be a major driver in future designs. Today, Fibre Channel drives the world’s economies with the most trusted and widely deployed network infrastructure for storage. Fibre Channel has been the network of choice for enterprise deployments due to its low-latency and high-availability characteristics. Gen 6 Fibre Channel extends these benefits for the next wave of storage innovation. Fibre Channel has been an integral part of every wave of storage innovation in the data center. Thirty billion transactions go through Fibre Channel each day and 96 percent of the world’s banks, airlines and retailers rely on Fibre Channel. Enterprise data centers opted for FC to get higher performance for their SANs and are willing to pay top dollar in terms of the cost of the components and skilled FC technicians. Until now, IP was the undisputed low-cost champion, but the FC industry insists it's addressing the cost issue by cutting prices on some FC components, especially at the low end. Many enterprises remain committed to FC storage networking for mission-critical workloads. FC may lack some reusability for networking purposes other than storage, and require in-house expertise, but the fact that FC was purpose-built for data storage, doesn't drop data packets and offers Linux drivers that have been around for more than a decade. FC has long been a prime choice for enterprises in need of a high-speed interconnect for SANs. 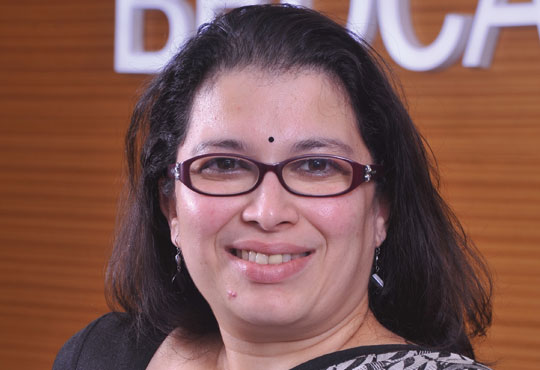 2.  What is the current outlook for the SAN market in India?

The interesting thing about the Indian SAN market is that it is maturing fast even though it is new compared to the rest of the world. This means that the SAN market is segmented. If you look at India, most large enterprises are already using SANs or planning to get them. So, in the enterprise space SANs have very good usage and market share. Right now, the hot new SAN market is that of entry-level companies. It's interesting to observe that the needs of the mid-range and large enterprise are quite similar. SAN adoption is happening on a major scale in India.

The CIOs learned about this technology and they started deploying SANs very rapidly since then. What we have observed is that within the last two years most of the top 100 enterprise IT users in India have deployed SANs. Although Indian enterprises started later than the rest of the world, the time between becoming aware of SANs and deployment was very rapid.

Cloud service providers are opting fibre channel because it can handle lots of data, gives high levels of performance, with no downtime. Not only is Fibre Channel not facing its demise, it looks to be in an excellent position to thrive in emerging data centers. Fibre Channel is a viable and vibrant storage networking technology that has demonstrated its value over time, and is now the most widely deployed storage network infrastructure for virtualization, cloud, and mission-critical applications. We’re excited about the possibilities for future product innovations, and continuing to meet the needs of the largest, most demanding storage network environments. Larger cloud infrastructures are deploying fibre channel for reliability and high-performance. Fibre Channel has been the network of choice for cloud service providers due to its low-latency and high-availability characteristics. Fibre Channel remains a core part of cloud service providers because of its performance, reliability, scalability and availability.

It automatically detects degraded application and device performance with the industry’s first built-in device latency and IOPS metrics. It helps organizations achieve greater insight and control so critical SLAs can be met. IO Insight monitoring gathers IO statistics, including device latency and IOPS metrics, to provide intelligence for early detection of application and device-level performance degradations. Administrators also can use this information to configure policy-based monitoring and alerting, and set thresholds in order to be alerted if there is a degradation of application and/or device-level performance.